Chris Roe to lead our Shanty Sing on February 8th

Seattle traditional singer and instrumentalist Chris Roe has been entertaining audiences in the Pacific Northwest since 1983. She was a founding member of the all-female chantey band Broadside, who has toured the west coast from Victoria to San Diego. Her strong interest in traditional music has led her through many a repertoire — songs from the US, Scotland, Ireland, England, France, and French-speaking Canada with a few original compositions for good measure. A concertina and button accordion player, she has joined talents over the years with a wide variety of other musicians, playing for dances as well as for listening audiences. Presiding over her own monthly pub sing for four years and facilitating other song sessions for well over 15 years, she has helped to foster participatory singing in the Seattle area, and she takes great pleasure and pride at uniting people in song. 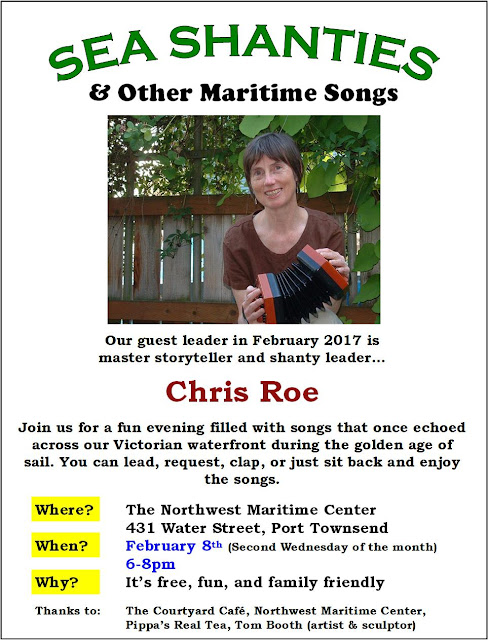