Check our schedule and locations below for our 2017 FREE, family-friendly Sing Shanties Song Circle in Port Townsend, Washington:

Thank you to the Northwest Maritime Center for hosting our Song Circles. The location of our Song Circle is in the upstairs Maritime Meeting Room - West, which is directly across from the NWMC offices, library and restrooms. (Unless otherwise stated.)

Since song circle times bridge the typical "dinner hour", you are encouraged to bring a brown bag snack, take-out... something to satisfy your dinnertime appetite. As always tea will be supplied by Pippa's Real Teas.

All events are on the second Wednesday of the month, unless otherwise stated 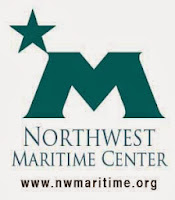 PORT TOWNSEND FRIENDS OF THE ARTS


Stephen Gottlieb Lewis 1942-2011 – “Lewis doesn’t think the shanty tradition will disappear, as there are several song circles and events like the Wooden Boat Festival that keep the tradition alive.” PDN